Posted by Caroline at 9:49 AM No comments:

Where I've Been: An Update in Five Paragraphs

As I briefly noted in Tuesday's post, I am mounting a comeback tour for Caroline Wilson Writes. So...where have I been? Well for many of you who have been following me for a few years, you know that my education background is in historic preservation, and for various reasons, I had not been able to pursue that in my day-to-day career. In December 2016, I was finally able to score a job in the field, but this required a move to my old college town of Charleston, SC. 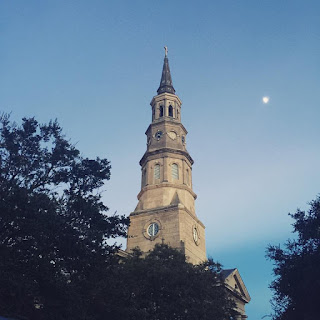 Looking back on my time in the city during college, it was a prolific time of writing. I suppose it had something to do with being surrounded by 300 years of history. I have often mentioned that I struggle with writing. I love to do it but I get burned out easily and often don't have the motivation. It's a sad state of affairs given that I have half a dozen novels in various stages of progress. But in the last few weeks, I've begun to feel an irresistible pull towards researching and continuing on with a novel that I started about a year ago. It is in its very early stages, but I will confess that it will be set in the waning years of Gilded Age New York. More on that in a future post.

Now, how to balance my writing life with my work life. I don't have an answer to this. Being that I am professionally fulfilled for the first time in my working career (sad, I know), I often give all of myself during the day, with little left over in the evenings for writing. Previous to this job, I was often underutilized in my working roles, which left lots of extra time during the day to do what I wanted in terms of writing, researching, or networking online. So going forward, I have to devise a system for balancing everything.

So what am I doing with my days now? Well I work for a consulting firm that specializes in helping developers get federal tax credits for renovating historic buildings. What does that boil down to? I spend a lot of time writing complicated technical documents and reviewing architectural plans. But I do get to travel some and go through some super cool old (and often abandoned) buildings. So far this year, I've been all around South and North Carolina, with trips to Georgia, Florida, Memphis, TN, and Birmingham, AL. I hope to highlight some of my work travels in the blog since they deal with history.

That's all for now. Welcome back everyone and thank you for sitting tight while I spent some time away. I hope to post every Tuesday and Thursday going forward. Tuesdays will be devoted to reviews of historical fiction and sometimes non-fiction, or interesting documentaries or podcasts that I'm digging. Thursdays will be updates for my writing/research endeavors/travels. I'm looking forward to sharing my life and writing aspirations with you once again!

Hello all and thank you for tuning in. I know I've been sporadic at best with my musings and reviews in the last couple of years. I'm aiming to change that, but I will detail those changes in a different post.

So... "The English Wife" by Lauren Willig. I will say that I was a huge fan of Willig's first few books in the "Pink Carnation" series. Her writing was witty and fun, while combining great historical stories with modern day story lines. Now around the fifth entry of the series, I tapped out. I'm not a fan of the never ending series, no matter how good it is. So when Willig started writing standalone novels, I sat up a took interest. I tried reading "The Other Daughter" and just couldn't get into it. But "That Summer" returned to the formula of combining a modern day mystery with a historical plot line and I was hooked. 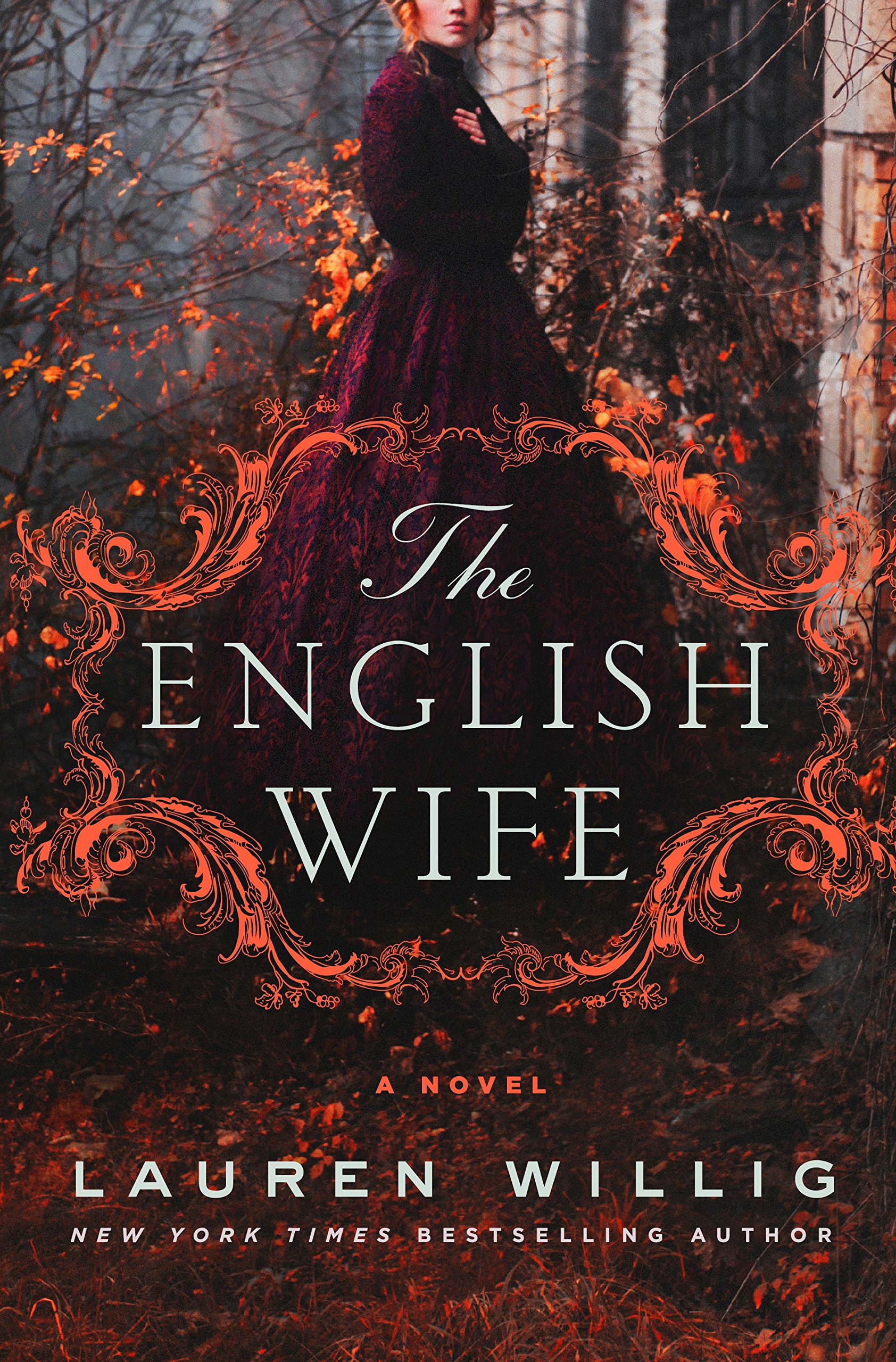 "The English Wife" returns to a wholly historical plot and it is done very well--to a point. Though now that I think of it, it would have been interesting to see it in the same format at "That Summer" with a modern day protagonist trying to solve a historical mystery. But I digress.

"The English Wife" is set in Gilded Age New York, and told from two perspectives--Janie Van Duyvil and Annabelle Van Duyvil. The catch is that Janie is telling the story from 1899 and Annabelle is slightly in the past (1895). The two women tell their stories until the timelines match up in the end, which is rather clever. Janie is the daughter of a distinguished, monied New York family. As the novel opens, her older brother Bay has been murdered and his beautiful English wife Annabelle is missing. Janie is determined to solve the mystery as she is convinced that her sister-in-law would have never murdered the man she loved.

Janie teams up with Burke, an intrepid news reporter with no love for New York's aristocracy. Their attempts to discover the real killer are interspersed with flashbacks featuring Annabelle. Before she met Bay Van Duyvil, she was an actress in a burlesque show, fleeing from her past. She meets Bay on a whim, and is immediately distrustful, but their shared love for Shakespeare joins them together. Their friendship blooms into love and love into marriage, but it is not long before cracks begin to show. What results in the end are devastating secrets being revealed.

"The English Wife" was a page turner for the first two hundred pages or so. But as the novel should have been climaxing, it just ran out of steam. I actually sat it down for several days and only picked it up today to finish. I loved Janie, who was truly trying to be the good daughter, but in the end decided to follow her heart. Annabelle and Bay's story is heartbreaking; their characters were both flawed, and as a result, their marriage becomes a sham. So what went wrong? For one thing, I just could not buy into who Willig chose to commit the murder. It makes sense on the surface, but there were other characters that had better motive. While I applaud Willig for taking the road less traveled, the result was forced, and frankly, nonsensical to a point.

So would I recommend the novel? Sure. The suffocating atmosphere of Gilded Age New York is done well and lends a darker feel to the novel. I enjoyed it and I'm looking forward to reading whatever Willig has up her sleeve next. I really liked the fact that "The English Wife" was a true departure from her other historical novels. The book is out on January 9, 2018 and is available for pre-order on Amazon and all the other usual places. A big thanks to Netgalley and St. Martin's Press for the advance copy.
Posted by Caroline at 9:03 PM No comments:

Promote Your Page Too

If you are a fan of historical fiction (and non-fiction), be sure to check out the Historical Novel Society. I count myself very lucky to be a reviewer! "Rebel Heart" is on sale at Amazon and Barnes and Noble.

Need some prompting? Check out the following reviews:

Swept Away by Romance